Hannah contacted me back in August for a *surprise* proposal shoot to her girlfriend, Alex. We had it all mapped out to happen at the Poetry Garden at the Dallas Arboretum…but then I got a text saying it would likely be an engagement session. Alex found out that Hannah was planning to propose, and it became a race to see who would pop the question first!

A few weeks before the shoot was due to happen, I received a happy text from Hannah with the AMAZING news that they were officially engaged! Even though it didn’t happen as originally planned, I was still so excited to meet both of them for their engagement session at the Dallas Arboretum. Also, they both did a KILLER job selecting the most amazing rings for each other.

Hannah is a middle school science teacher and Alex is currently studying forensic science – which led us to a never-ending conversation about true crime podcasts. Turns out Alex is a fellow murderino…if you know, you know.

They are eloping to Hawaii in 2022 and I could not be more freaking excited for them!!

Are you an LGBTQ couple and thinking about doing an engagement session or wedding at The Dallas Arboretum? I’m here for it! Contact me for details and availability. 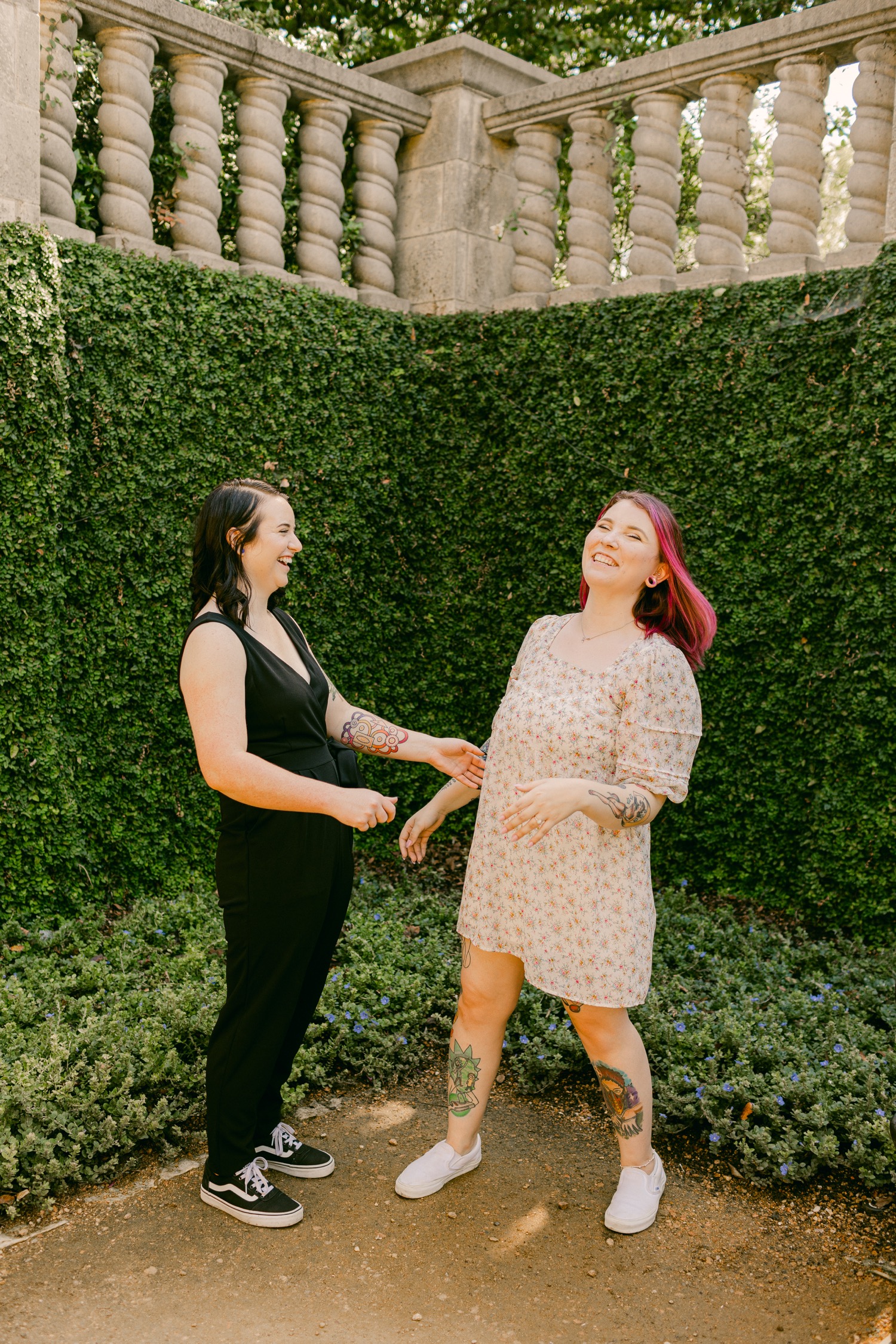